What Does Next Season Have in Store? Saturday Morning Walk 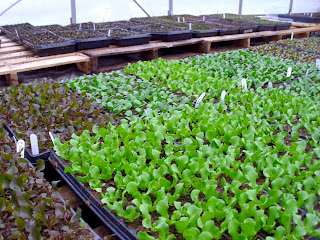 In the fall of 2010 Kevin and I moved our farm from central New Hampshire to Pittsford and last season we jump started the farm operation and built it into the living breathing thing that it is today.  While still running our CSA and farmer’s markets in New Hampshire we began commuting back and forth to prep the land for the season ahead and slowly move our belongings to the new farm.  The land needed to be cleared, plowed, manure was spread and cover crops planted to enrich the soil for the year ahead.  We constructed a greenhouse, planted garlic, reorganized and cleaned out a barn that had been vacant for decades.  We built a walk in cooler right by the road, which now serves as a self service farm stand.  In February we welcomed 11 piglets to the farm and 300 baby chicks, who would grow to become our laying hens.  It was beginning to feel like a farm.  We began to plan and map out what the farm would look like, what we would grow and where it would be planted.  Then we went out seeking CSA members, people to grow the food for. 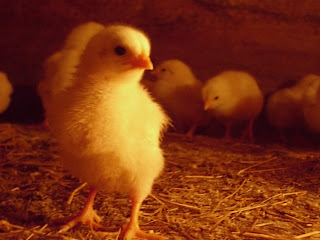 Then spring arrived and everything that had been a plan began to take real form.  Baby chicks arrived (we also raise meat chickens in addition to hens), and more pigs.  Hours and days were spent in the greenhouse. seeding all the tiny plants that would grow into tomatoes. eggplants, lettuce and kale.  The ground thawed out and the air became warmer and we prepped beds and seeded early crops.  We moved the hens and meat chickens out to pasture.  More and more people signed up for the CSA and every day we moved closer to our goals, the amount of people we were comfortable guaranteeing vegetables for the season ahead.  We transplanted, weeded, seeded and raced ahead to keep up with the crops.
Finally came the day of our first CSA distribution early in the morning we woke up and began harvesting.  Bins full of Lettuce, Pak Choy, Kale, Radishes, Turnips, Scallions and more all made their way to the barn where they were washed and packed.  The distribution area was set up the signs made and the produce ready and washed. 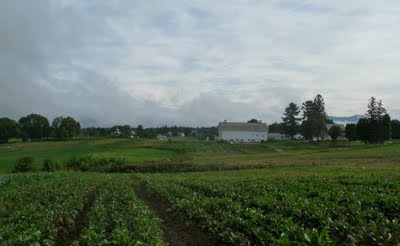 A few hours later I was standing by the barn looking out on an amazing sight.  In the barn people were talking and greeting each other, standing over bins of produce and picking out their shares.  In the fields there were people of all ages, bending over next to one another, picking sugar snap peas, cutting herbs and chatting.  This moment made it all worth it.  The logical side of my mind knew that this was a result of months of hard work and extreme efforts.  That without that there would be nothing there.  But another part of me saw this moment as magical.  Strangers and old friends had all come together for an hour or so to share in a different way of shopping and eating.  Kevin and I may have done the work, but these people had made it possible.  The farm belongs to everyone who believes in it and believes in a new way of feeding our community.