Farm Reflection from Molly April on the Farm

This post was written by the amazing Elizabeth Evans, farm member and in full disclosure, my sister.  Part of our goal with this post was to document one person using up a CSA Share.  Success! Thank you to Elizabeth for taking the time to write this up! One observation I have to share from reading Elizabeth’s post is that we are all very different and our tastes reflect that.  While she found the hardest thing to use up was the greens, I usually find I use them right away at the start of the week.

Hello! Margaret asked me to spend some time documenting how I use my farm share. So here I am, fulfilling my food blogger fantasies. I hope this documentation provides some good ideas, but more than that I hope it sparks other, even better ideas that you will share with other farm members!

So, first thing’s first. Here’s the share for this 2 week period: 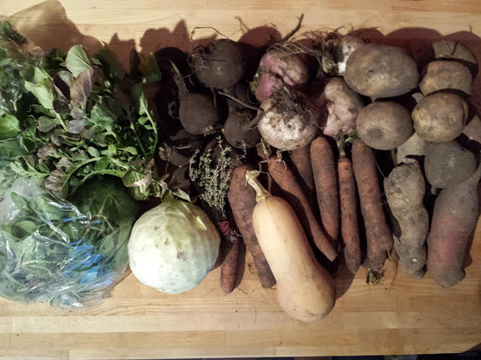 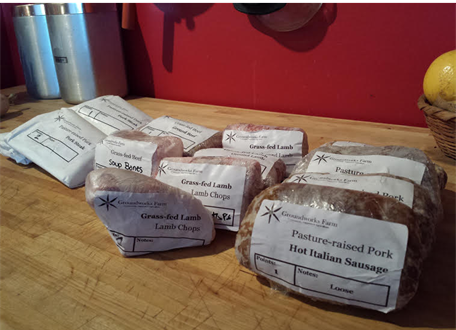 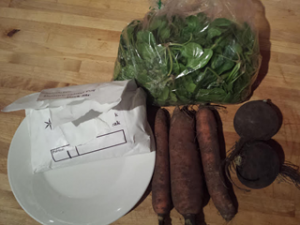 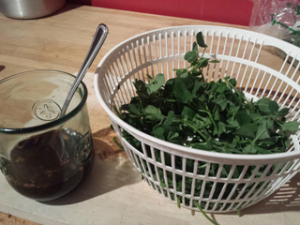 What else I used:

I made a sauce with… 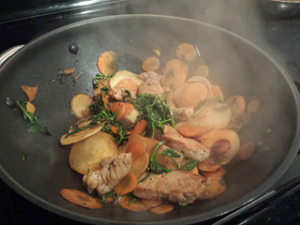 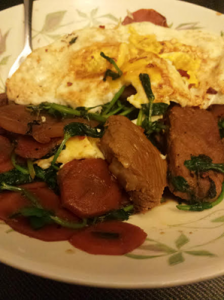 Ahhh, I just realized: Sriracha. Sriracha AND an egg. I totally dropped the ball. You should do it the right way.

So on some Buzzfeed list of healthy things to eat I came across a vegetarian Sheppard’s Pie that used premade lentil soup, which led to my attempt at Sheppard’s Pie. 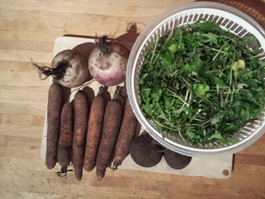 What else I used: 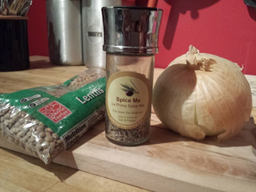 Here’s how it turned out.   I got distracted for a minute and the cheese got very browned…but still delicious. 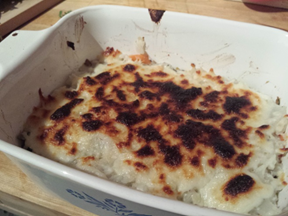 So learned a couple things from this…like, I have no idea how much lentils increase when you cook them. I also learned that boiled radishes don’t have much taste (this I was actually counting on) but DO have a strange-ish texture that I didn’t love. If I did this again—and I would, with some other refinements, like chopping the greens up—I would use just turnips, or turnips and potatoes, rather than getting all ambitious with the radishes. 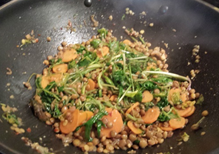 Like I said, I had a lot of lentils left over. For lunch a couple days later, I cooked the remaining kale with red pepper flakes and garlic (olive oil in pan, and heat up with the pepper and garlic before adding anything else) and mixed that with the lentils. I dressed it with a generous amount of lemon juice and ate it cold—it was very good. 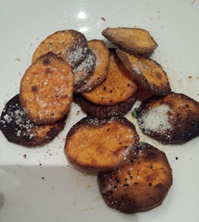 What I did: Slice sweet potatoes on a mandolin. Bake in a 400 degree oven for 20ish minutes, turning over half way through. Make sure they don’t touch.

Remove and sprinkle with parmesan. Or chipotle? Or whatever else you like…

Oops, I forgot to take any pictures of this, but you know what roasted vegetables look like, you have a CSA share. I chopped up some radishes and carrots and roasted them at 400 degrees for about half an hour (longer for the radishes). While they were cooking I seared an Italian sausage in a pan on the stove and then covered it and let it cook at a medium low heat while the veggies roasted. Then I put an over easy egg on it. Obviously. 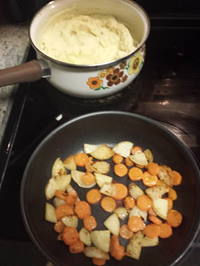 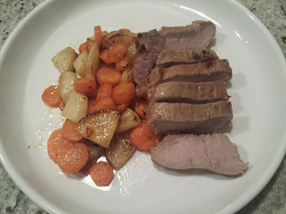 What else I used: ¼ of an avocado, whole wheat bread 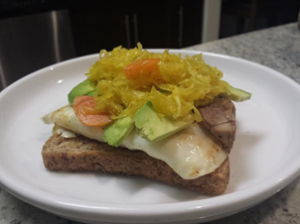 I learned a lot from my (almost successful!) attempt to use the entire share this week—like, I do not have the patience to clean leafy greens (I never used the spinach, and the upland cress went south before I got to it), and that I will never use 3 lbs of white potatoes in a week unless I have a sick person at home who needs soft foods to eat. Also, that sprouts container was so small in my refrigerator that I both forgot to include it in the initial picture and to use it all week—the good news is that they have held up in the fridge all week, and I used some of them on a breakfast sandwich with a piece of lox and cream cheese this morning—super yummy.

Every week Margaret writes on the board to take what you’ll use up to the listed limits. I learned that I basically CAN use an entire share, mostly on my own, but that to do so requires great time and dedication.   The results, though, were very much worth the efforts.